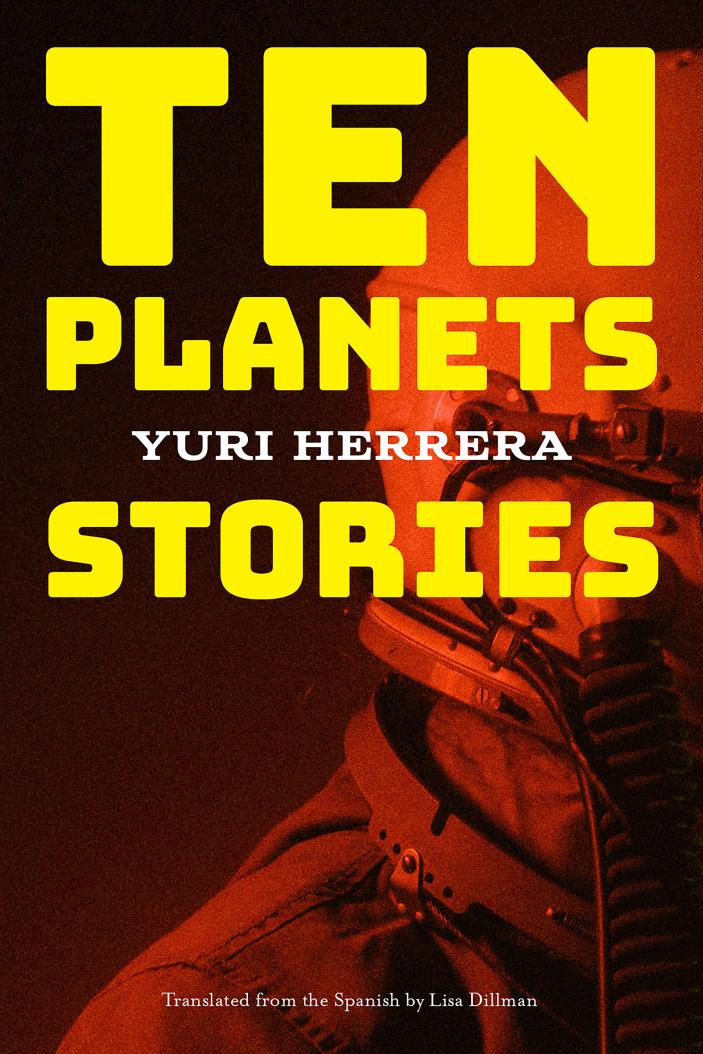 The characters that populate Yuri Herrera’s surprising new story collection inhabit imagined futures that reveal the strangeness and instability of the present. Drawing on science fiction, noir, and the philosophical parables of Jorge Luis Borges’s Fictions and Italo Calvino’s Cosmicomics, these very short stories are an inspired extension of this significant writer’s work.

In Ten Planets, objects can be sentient and might rebel against the unhappy human family to which they are attached. A detective of sorts finds clues to buried secrets by studying the noses of his clients, which he insists are covert maps. A meager bacterium in a human intestine gains consciousness when a psychotropic drug is ingested. Monsters and aliens abound, but in the fiction of Yuri Herrera, knowing who is the monster and who the alien is a tricky proposition.

In Ten Planets, Herrera’s consistent themes—the mutability of borders, the wounds and legacy of colonial violence, and a deep love of storytelling in all its forms—are explored with evident brilliance and delight.

Credit: Lisbeth Salas
Born in Actopan, Mexico, Yuri Herrera is the author of three novels, including Signs Preceding the End of the World, which was one of theGuardian’s “100 Best Books of the 21st Century” and won the Best Translated Book Award. He teaches at Tulane University in New Orleans.
More by author
Lisa Dillman lives in Decatur, Georgia, where she translates Spanish-language fiction and teaches at Emory University. Her recent translations include National Book Award finalist The Bitch by Pilar Quintana and A Silent Fury by Yuri Herrera.
More by author