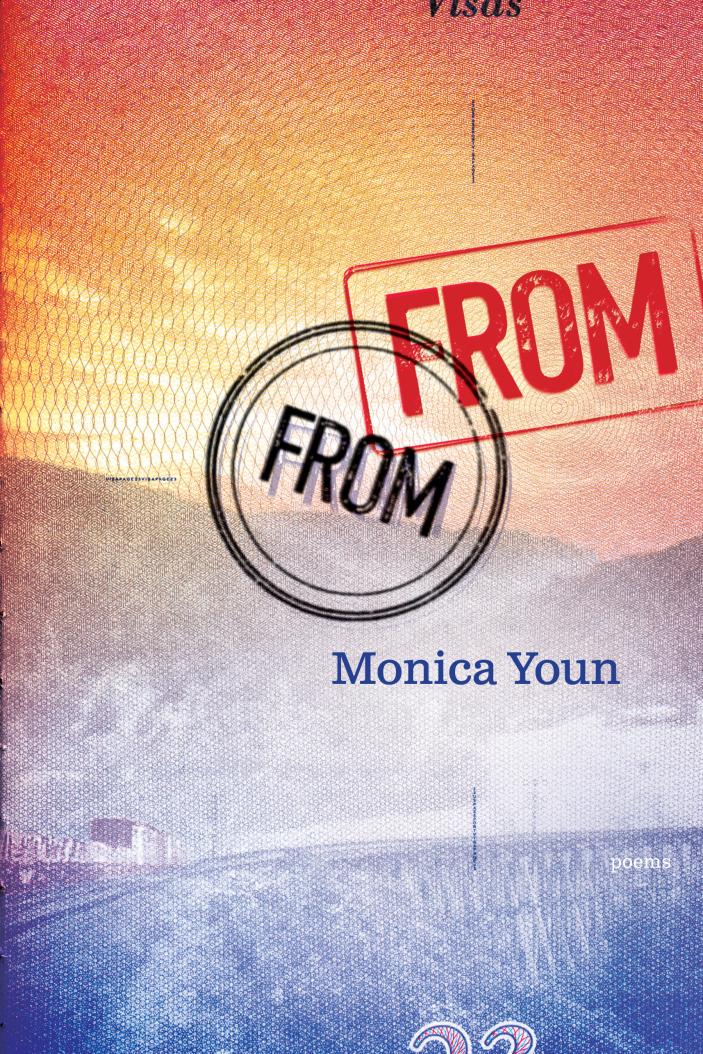 download cover image
Body
“Where are you from . . . ? No—where are you from from?” It’s a question every Asian American gets asked as part of an incessant chorus saying you’ll never belong here, you’re a perpetual foreigner, you’ll always be seen as an alien, an object, or a threat.

Monica Youn’s From From brilliantly evokes the conflicted consciousness of deracination. If you have no core of “authenticity,” no experience of your so-called homeland, how do you piece together an Asian American identity out of Westerners’ ideas about Asians? Your sense of yourself is part stereotype, part aspiration, part guilt. In this dazzling collection, one sequence deconstructs the sounds and letters of the word “deracinations” to create a sonic landscape of micro- and macroaggressions, assimilation, and self-doubt. A kaleidoscopic personal essay explores the racial positioning of Asian Americans and the epidemic of anti-Asian hate. Several poems titled “Study of Two Figures” anatomize and dissect the Asian other: Midas the striving, nouveau-riche father; Dr. Seuss and the imaginary daughter Chrysanthemum-Pearl he invented while authoring his anti-Japanese propaganda campaign; Pasiphaë, mother of the minotaur, and Sado, the eighteenth-century Korean prince, both condemned to containers allegorical and actual.

Lars Horn (VOICE OF THE FISH), Bojan Louis (SINKING BELL), Manuel Muñoz (THE CONSEQUENCES), and Monica Youn (FROM FROM) reading and in conversation at AWP

Monica Youn reading and in conversation about FROM FROM with Victoria Chang, presented by Skylight Books