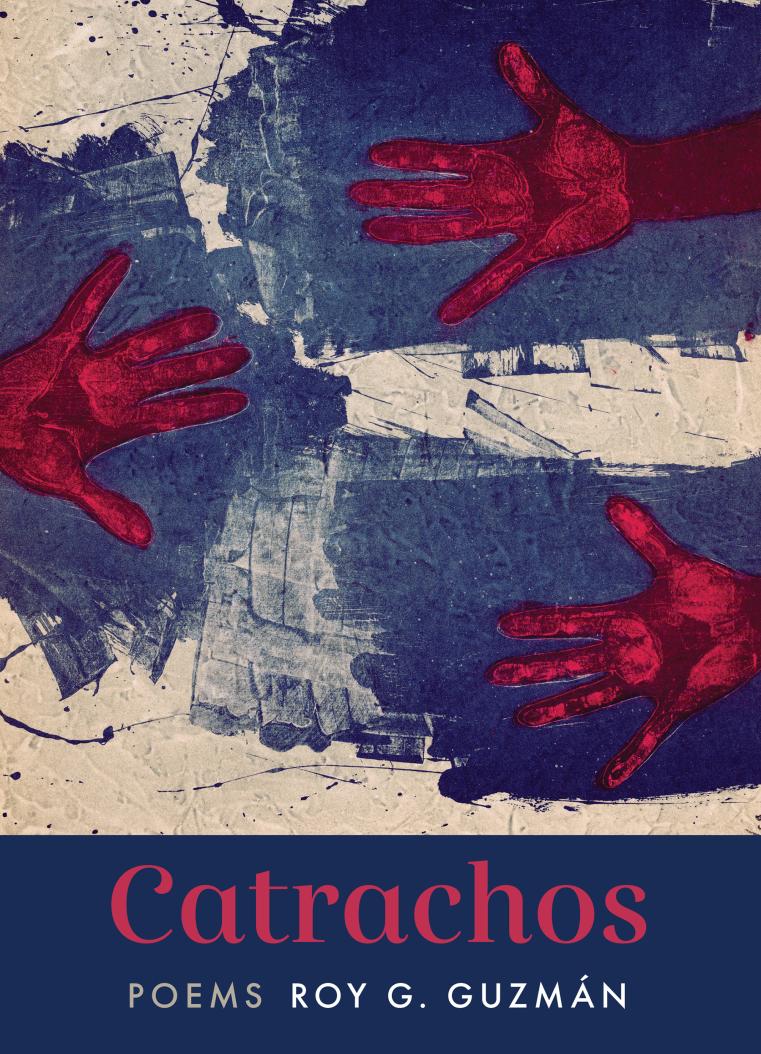 download cover image
Poem Excerpt
After they locate and excavate your wing-fossils,
perseverance might be the trait you’re known for.
How swiftly you sloped downwards to pick up
the carcasses floating just above the bloodstained
surface of your old neighborhood. In the laboratory,
the paleontologists will use radiometric dating
to zoom into what bequeathed you that agency to fly.
This one might have outlasted all the others,
they’ll say. Might have even seen each one disappear
behind a bolt of fire blasted from who knows where.
—from “Queerodactyl”

Body
A name for the people of Honduras, Catrachos is a term of solidarity and resilience. In these unflinching, riveting poems, Roy G. Guzmán reaches across borders—between life and death and between countries—invoking the voices of the lost. Part immigration narrative, part elegy, and part queer coming-of-age story, Catrachos finds its own religion in fantastic figures such as the X-Men, pop singers, and the “Queerodactyl,” which is imagined in a series of poems as a dinosaur sashaying in the shadow of an oncoming comet, insistent on surviving extinction. With exceptional energy, humor, and inventiveness, Guzmán’s debut is a devastating display of lyrical and moral complexity—an introduction to an immediately captivating, urgently needed voice.

Credit: Kai Coggin
Roy G. Guzmán received a 2019 grant from the National Endowment for the Arts and a 2017 Ruth Lilly and Dorothy Sargent Rosenberg Poetry Fellow. Raised in Miami, Guzmán lives in Minneapolis.