download cover image
Poem Excerpt
I lie still, play dead, am delivered decree:
our daughter weighs seven hundred dimes,
paperclips, teaspoons of sugar,
this child of grams
for which the good nurse
laid out her studies
as a coin purse
into which our tiny wealth clinked,
our daughter spilling almost
to the floor.

—from “Of a Child Early Born”
Body
In Katie Ford’s third collection, she sets her music into lyrics wrung from the world’s dangers. Blood Lyrics is a mother’s song, one seared with the knowledge that her country wages long, aching wars in which not all lives are equal. There is beauty imparted too, but it arrives at a cost: “Don’t say it’s the beautiful / I praise,” Ford writes. “I praise the human, / gutted and rising.”

“Katie Ford has emerged as one of the most recognizably thoughtful poets of her talented generation. Manifesting a rigorous aesthetic combining allusiveness with inwardness, her poems mark the multivalent ways by which the moral conscience registers dailiness with history (also myth) and how consciousness itself perceives the relationship of the small to the overwhelming, the weak to the deadly, the remote to the pressing moment, the insignificant to the topical.”—David Rigsbee, The Cortland Review 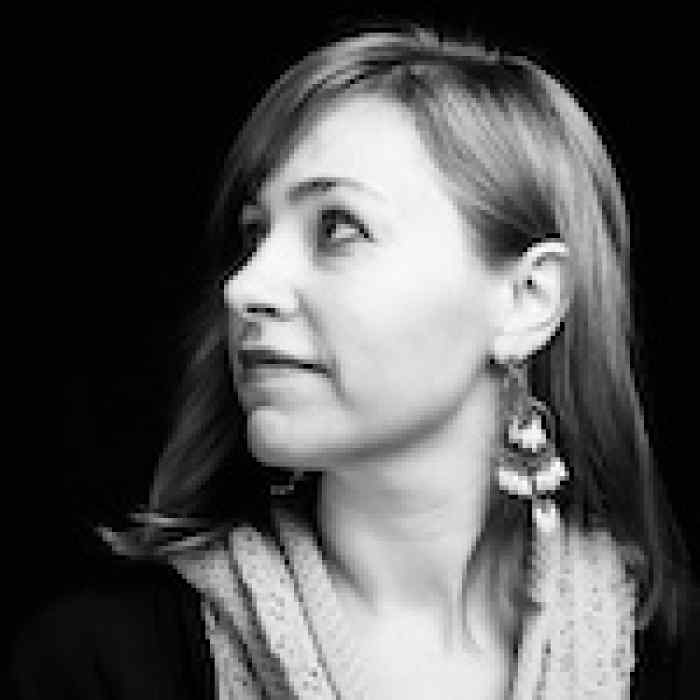 Credit: Helge Brekke
Katie Ford is the author of If You Have to Go and three previous poetry collections: Blood Lyrics, named a finalist for the Los Angeles Times Book Prize; Colosseum, recognized as a “Best Book of the Year” by Publishers Weekly and the Virginia Quarterly Review; and Deposition. The recipient of a Lannan Literary Fellowship and the Larry Levis Reading Prize, she teaches at the University of California, Riverside.
More by author