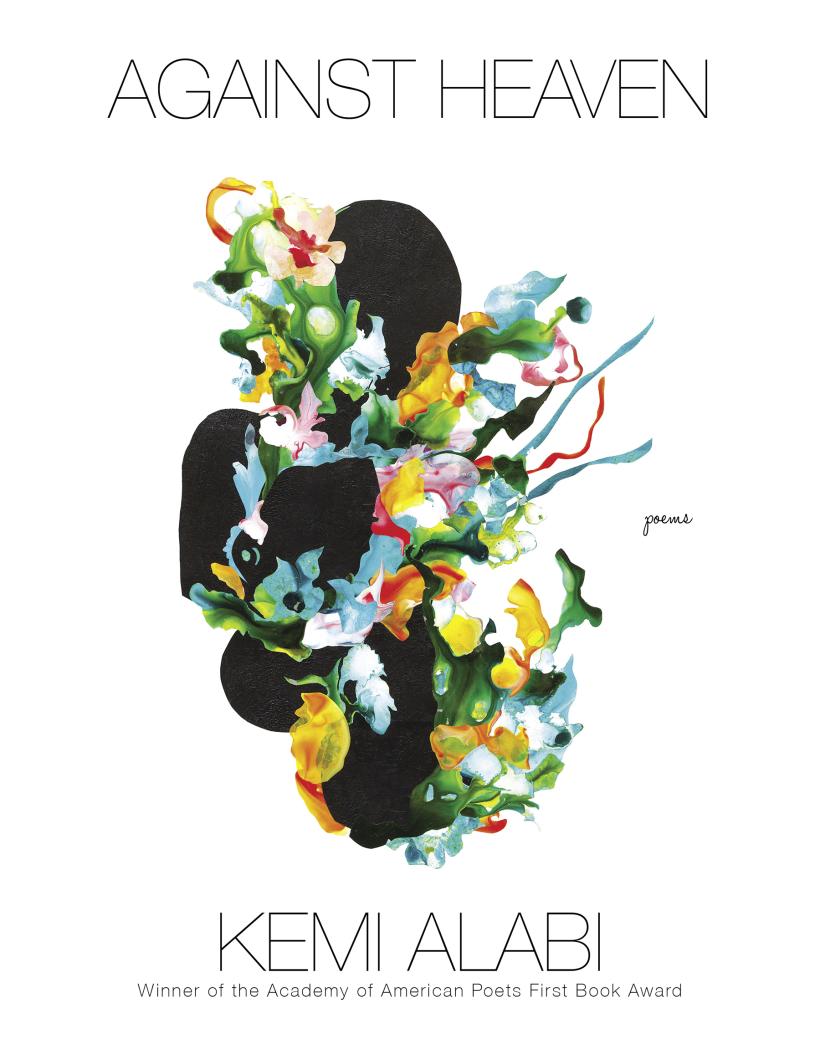 The worlds and little deaths you build
with just your breath and hands.

Silhouettes that singe the walls
with new maps to salvation

till even the floorboards buck and cry jesus.
Even the windows blush and say amen.

—from “How to Fornicate”
Body
Kemi Alabi’s transcendent debut reimagines the poetic and cultural traditions from which it is born, troubling the waters of some of our country’s central and ordained fictions—those mythic politics of respectability, resilience, and redemption. Instead of turning to a salvation that has been forced upon them, Alabi turns to the body and the earth as sites of paradise defined by the pleasure and possibility of Black, queer fugitivity. Through tender love poems, righteous prayers, and vital provocations, we see the colonizers we carry within ourselves being laid to rest.

Against Heaven is a praise song made for the flames of a burning empire—a freedom dream that shapeshifts into boundless multiplicities for the wounds made in the name of White supremacy and its gods. Alabi has written an astonishing collection of magnificent range, commanding the full spectrum of the Black, queer spirit’s capacity for magic, love, and ferocity in service of healing—the highest power there is.

Credit: Ally Almore
Kemi Alabi’s work has been published in Poetry, The BreakBeat Poets Vol. 2, Best New Poets 2019, and elsewhere, and they are the recipient of the 2020 Beacon Street Prize. Alabi is a coeditor of The Echoing Ida Collection and lives in Chicago.
More by author