download cover image
Body
In one story from Aesop's Fables, the Roman slave Androcles befriends the emperor's lion prior to his trial and thereby survives certain death in the emperor's arena. Constance Quarterman Bridge's father tells this story to his children and says, My Babies, we're special people, lions don't eat us.

In this remarkable debut collection, Bridges chronicles her ancestry--part born out of slavery, part descended from Cherokee heritage—in poems marked by their devotion to family, survival, and the resilience of truth. Bridges' narratives are rendered from her mother's diaries and her own extraordinary research—from her great grandparents "jumping over the broom" in Civil War Virginia to her father's journey in the Great Migration northward in 1916—and the result is an unequivocally American story.

Selected and with an introduction by Sonia Sanchez, Lions Don't Eat Us is the 2005 winner of the Cave Canem Poetry Prize, given to the best first collection by an African American poet.

"These poems radiate a tough-minded herstory/history that demands that we investigate, listen to, dance within, and defend their beauty."—Sonia Sanchez 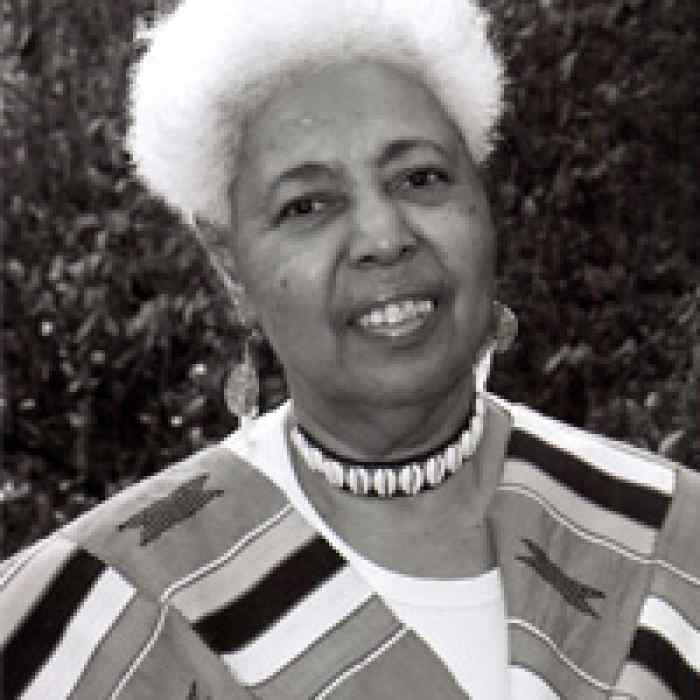 Credit: Karen Peluso
Constance Quarterman Bridges is the 2005 winner of the Cave Canem Poetry Prize for Lions Don't Eat Us. She retired from the U.S. Treasury Department in 1987, and began publishing her poems in magazines and anthologies, including The Oxford Anthology of African-American Poetry. She has won two Fellowships from the New Jersey State Council on the Arts.

This book is made possible, in part, through the Cave Canem Poetry Prize, a first-book award dedicated to the discovery of exceptional manuscripts by African American poets, and through the Jerome Foundation, which supports new works by emerging artists in New York City and Minnesota. It is also supported by the generosity of Graywolf Press donors like you.
Back to Table of Contents