If an Egyptian Cannot Speak English 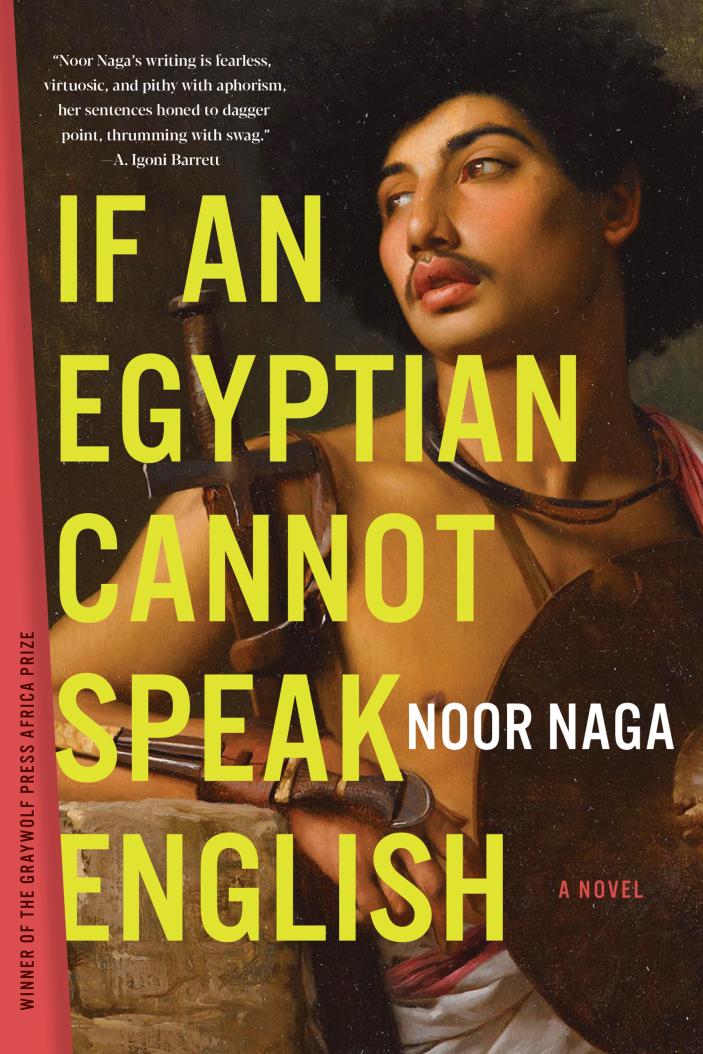 download cover image
In the aftermath of the Arab Spring, an Egyptian American woman and a man from the village of Shobrakheit meet at a café in Cairo. He was a photographer of the revolution, but now finds himself unemployed and addicted to cocaine, living in a rooftop shack. She is a nostalgic daughter of immigrants “returning” to a country she’s never been to before, teaching English and living in a light-filled flat with balconies on all sides. They fall in love and he moves in. But soon their desire—for one another, for the selves they want to become through the other—takes a violent turn that neither of them expected.

A dark romance exposing the gaps in American identity politics, especially when exported overseas, If an Egyptian Cannot Speak English is at once ravishing and wry, scathing and tender. Told in alternating perspectives, Noor Naga’s experimental debut examines the ethics of fetishizing the homeland and punishing the beloved . . . and vice versa. In our globalized twenty-first-century world, what are the new faces (and races) of empire? When the revolution fails, how long can someone survive the disappointment? Who suffers and, more crucially, who gets to tell about it?

Noor Naga is an Alexandrian writer and the author of a verse novel, Washes, Prays. She is winner of the Bronwen Wallace Award, the RBC/PEN Canada Award, and the Disquiet Fiction Prize. She teaches at the American University in Cairo.
More by author