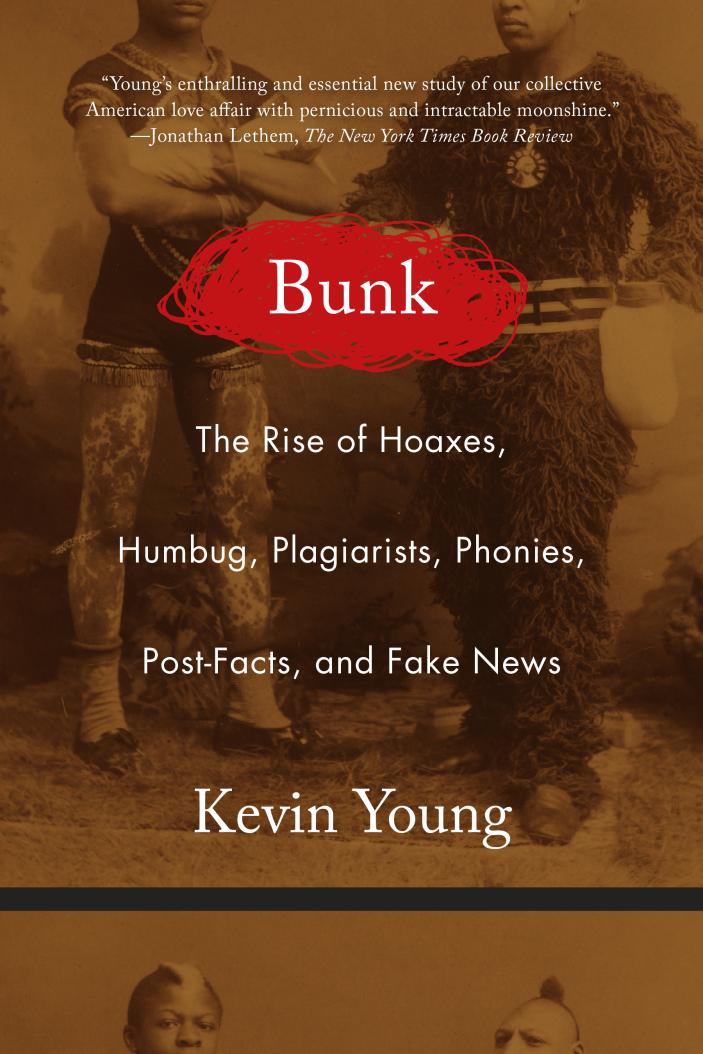 download cover image
Body
Award-winning poet and critic Kevin Young traces the history of the hoax as a peculiarly American phenomenon—the legacy of P.T. Barnum's "humbug" culminating with the currency of Donald J. Trump's "fake news."Disturbingly, Young finds that fakery is woven from stereotype and suspicion, with race being the most insidious American hoax of all. He chronicles how Barnum came to fame by displaying figures like Joice Heth, a black woman whom he pretended was the 161-year-old nursemaid to George Washington, and What is It?, an African American man Barnum professed was a newly discovered missing link in evolution.
Bunk then turns to the hoaxing of history and the ways that forgers, plagiarists, and frauds invent backstories and falsehoods to sell us lies about themselves and about the world in our own time, from pretend Native Americans Grey Owl and Nasdijj to the deadly imposture of Clark Rockefeller, from the made-up memoirs of James Frey to the identity theft of Rachel Dolezal. This brilliant and timely work asks what it means to live in a post-factual world of “truthiness” where everything is up for interpretation and everyone is subject to a contagious cynicism that damages our ideas of reality, fact, and art. 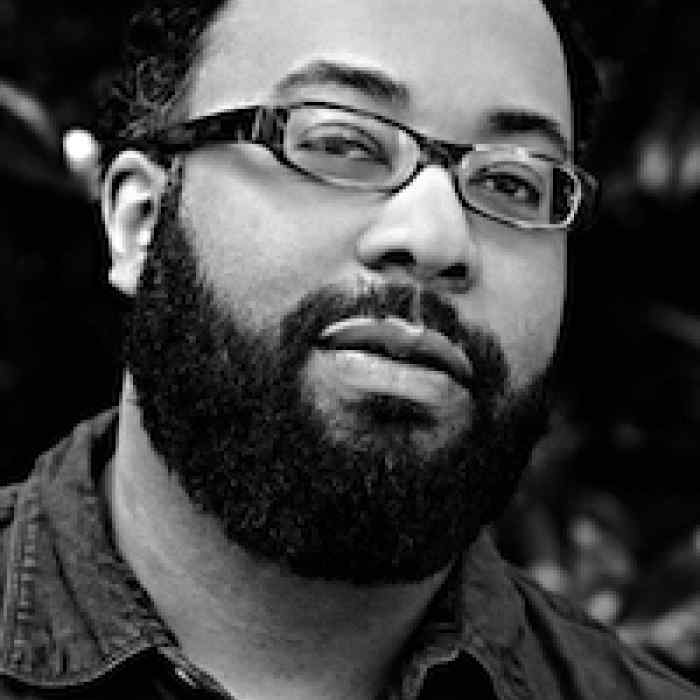 Credit: Melanie Dunea
Kevin Young is the author of a previous book of nonfiction, The Grey Album: On the Blackness of Blackness, which won the PEN Open Book Award, was recognized as a New York Times Notable Book, and named a finalist for the National Book Critics Circle Award for criticism. He is the author of eleven books of poetry, including Brown and Blue Laws: Selected & Uncollected Poems 1995–2015. Young is the director of the Schomburg Center for Research in Black Culture and poetry editor for the New Yorker.