The Book of Mischief 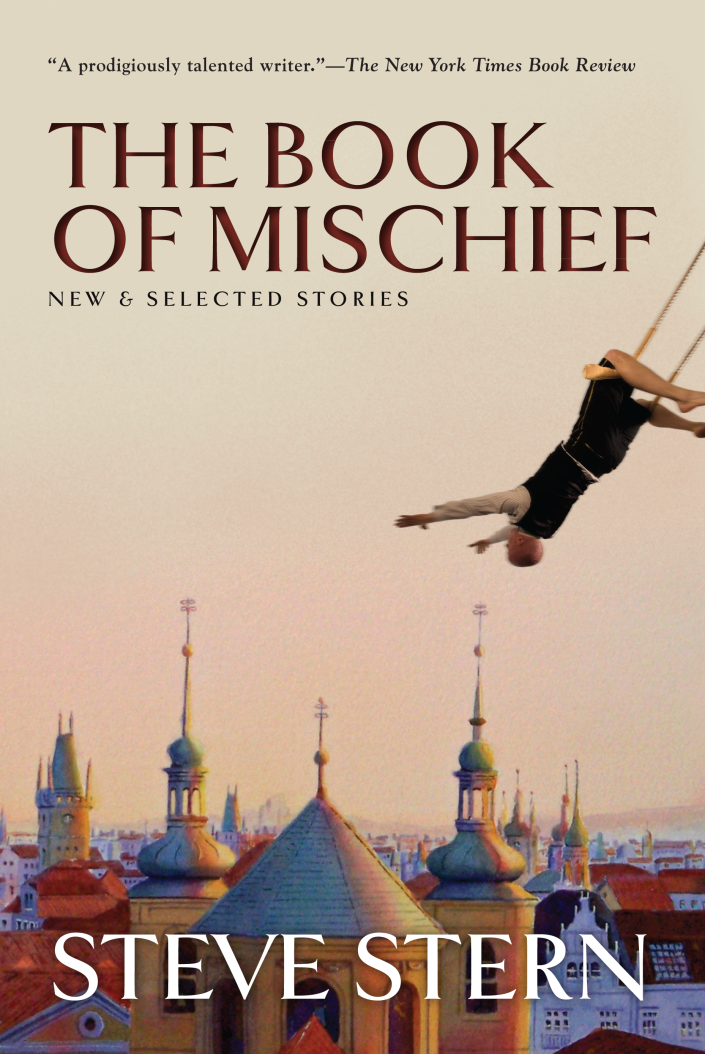 The Book of Mischief triumphantly showcases twenty-five years of outstanding work by one of our true masters of the short story. Steve Stern’s stories take us from the unlikely old Jewish quarter of the Pinch in Memphis to a turn-of-thecentury immigrant community in New York; from the market towns of Eastern Europe to a down-at-the-heels Catskills resort. Along the way we meet a motley assortment of characters: Mendy Dreyfus, whose bungee jump goes uncannily awry; Elijah the prophet turned voyeur; and the misfit Zelik Rifkin, who discovers the tree of dreams. Perhaps it’s no surprise that Kafka’s cockroach also makes an appearance in these pages, animated as they are by instances of bewildering transformation. The earthbound take flight, the meek turn incendiary, the powerless find unwonted fame. Weaving his particular brand of mischief from the wondrous and the macabre, Stern transforms us all through the power of his brilliant imagination.

“In the 25 years since [Stern] published his first book, younger Jewish writers have run with a similar shtick . . . But Stern was there first.”—The Toronto Globe and Mail

Credit: Sabrina Jones
Steve Stern, winner of the National Jewish Book Award for fiction, is the author of several previous novels and story collections, including The Pinch, The Book of Mischief and The Frozen Rabbi. He teaches at Skidmore College in upstate New York.
More by author