Subtitle
A Novel
Author 1
Per Petterson; Translated from the Norwegian by Don Bartlett
Cover Image 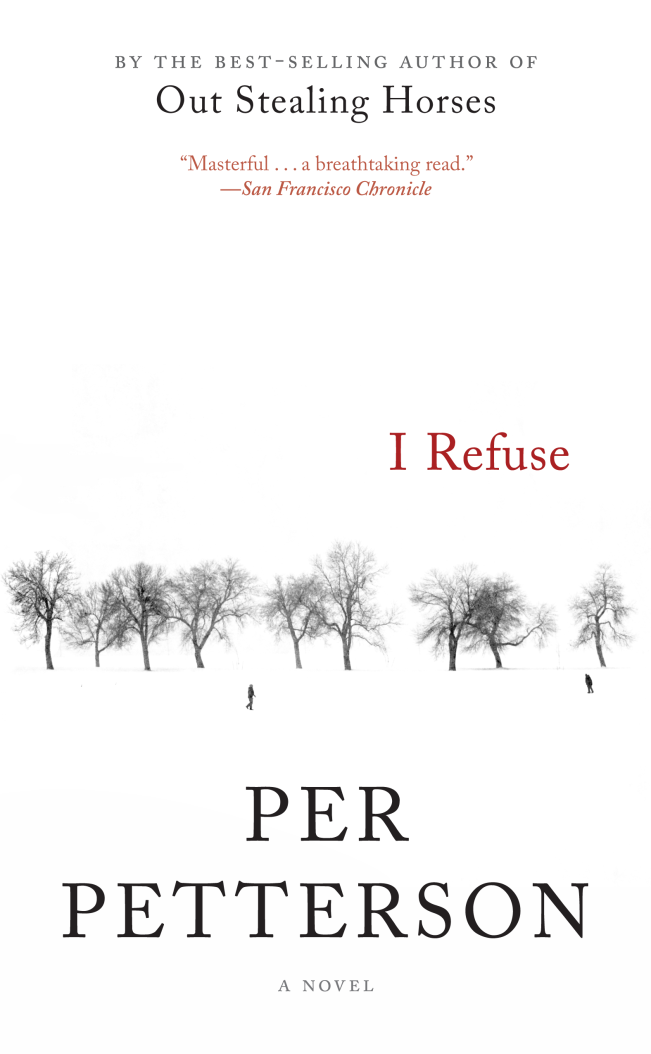 download cover image
Body
Per Petterson’s I Refuse is the work of an internationally acclaimed novelist at the height of his powers. In the same spare but evocative style that made readers fall in love with Out Stealing Horses, Petterson weaves a tale of two men whose accidental meeting one morning churns up a fateful moment from their boyhood thirty-five years before.

“Petterson’s latest book, I Refuse, does not disappoint. . . . Petterson’s sentences [are] strange, kinetic creatures that take flight. . . . His work remains, like his own reminiscences, exquisite impressions that glimmer as quickly as they fade.”—The Boston Globe

“A seamless emotional alchemy lifts off the page that, in turn, expands a reader’s understanding of the human condition. It is equal parts uncomfortable, exhilarating and memorable.”—San Francisco Chronicle

“The steely northern landscape, the absent parents, the excessive drinking—all are summoned with the precise language of a poet. . . . Yet while Petterson’s other novels settle in your heart gently, this one winds up a rocket. I Refuse is the author’s most emotionally layered and powerful novel yet. . . . [A] masterful work.”—Star Tribune (Minneapolis)

Credit: Baard Henriksen
Per Petterson is the author of eight novels, including Men in My Situation and Out Stealing Horses, which has been translated into more than fifty languages. Petterson has received the International IMPAC Dublin Literary Award, the Independent Foreign Fiction Prize, the Nordic Council Literature Prize, and the Norwegian Critics Prize. He lives in Norway.
More by author
Don Bartlett lives in Norfolk, England, and works as a freelance translator of Scandinavian literature. He has translated, or co-translated, Norwegian novels by Gaute Heivoll (Before I Burn), Karl Ove Knausgaard, Lars Saabye Christensen, Roy Jacobsen (Borders; Child Wonder), Jo Nesbø, and Per Petterson (Ashes in My Mouth, Sand in My Shoes; I Refuse; It’s Fine By Me).
More by author