The Delicacy and Strength of Lace 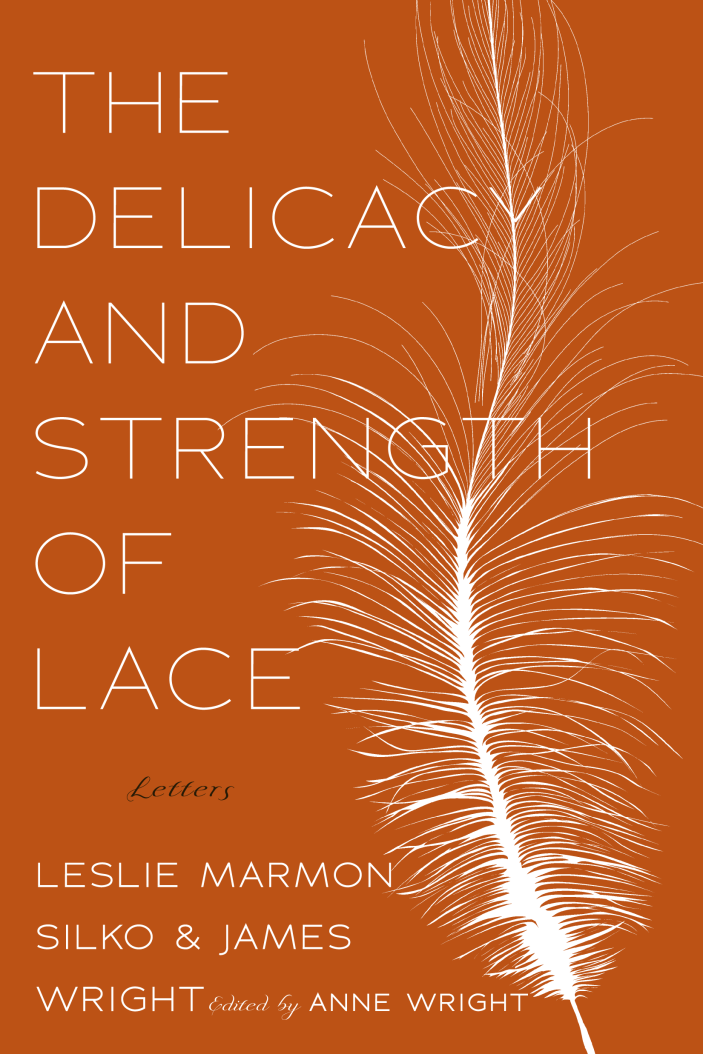 Leslie Marmon Silko and James Wright met only twice. First, briefly, in 1975, at a writers’ conference in Michigan. Their correspondence began three years later, after Wright wrote to Silko praising her book Ceremony. The letters began formally, and then each writer gradually opened to the other, sharing his or her life, work, and struggles. The second meeting between the two writers came in a hospital room, as Wright lay dying of cancer.

The New York Times wrote something of Wright that applies to both writers—of qualities that this exchange of letters makes evident: “Our age desperately needs his vision of brotherly love, his transcendent sense of nature, the clarity of his courageous voice.”

James Wright was born in Martins Ferry, Ohio. He was well known for his translations of Vallejo, Trakl, and Neruda, as well as for his poems about the Midwest. His Collected Poems won the Pulitzer Prize in 1972. He died in 1980, at the age of 52.

More by author
Leslie Marmon Silko’s books include Ceremony, Almanac of the Dead, Storyteller, and Gardens in the Dunes. She is the recipient of a MacArthur Foundation Grant, among numerous other awards and fellowships. She lives in Tucson, Arizona.